↓ Skip to Main Content
Home › Posts › The battle for the Internet Archive and the future of Controlled Digital Lending.

The battle for the Internet Archive and the future of Controlled Digital Lending.

Over the past fifty years college tuition has increased to four hundred percent. In that same period textbook prices have increased by over one thousand percent. The textbook/case law sales industry is considered a racket in certain circles. Some sympathetic professors have responded by making open sources, or freely available resources an integral part of their syllabus.

In many instances these alleviation’s, have been offset by college administrators which encourage faculty to ensure that the most recent additions are being required. This is request is made under the theory that the only alternative to academic stagnancy is adherence to the consumptive updating process of print mediums. Digital formats are easily update-able, and transferable across the latest technological mediums. Thus, open digital access, by its very nature is more cutting edge than the permanent nature of a print textbook.

At the crossroads of this phenomena is the Internet Archive. IA began 1996 with a mission to provide Universal Access to All knowledge, by attempting to archive the internet itself. The archive currently works with 950+ library and other partners to identify important web pages. Currently the Archive contains: 625 billion web pages; 38 million books and texts; 14 million audio recordings, 7 million videos, 4 million images and 790,000 software programs.

Many Law Librarians have had an experience in which a student, who has yet to purchase the required casebook, is searching for an older edition to get started on their coursework. Many of the earlier online editions are available on IA. I frequent IA while preparing material for courses and workshops I teach on research and information literacy. The Wayback machine, is a particularly useful resource in documenting and explaining the development and evolution of important web sites.

During the height of the pandemic lock-downs, as bookstores and libraries closed their doors, the IA created a “National Emergency Library” by temporary lifting the limits on the number of scanned copies available for check out. Authors alliance initially spoke out against copyright infringement, and “eating into their profits during a time of national turbulence.” IA responded by ending their project on June 11, 2020.

A coalition of major book publishers, including Hachette Book Group. HarperCollins,  John Wiley & Sons, and Penguin Random House, sued IA and are disputing the  legality of what the Archive calls, “controlled digital lending” of digitally scanned print books. The publishing houses, represented by lawyers at Davis Wright Tremaine and Oppenheim & Zebrak, argue that IA’s digital lending is nothing more than a “smoke screen for industrial level infringement.”

Since the commencement of the lawsuits, many of the original authors have either retracted their claims or changed their minds. In an open letter, organized by digital-rights advocacy group Fight for the Future, authors claimed that publishers and their trade groups are “undermining the traditional rights of libraries to own and preserve books, intimidating libraries with lawsuits, and smearing librarians.”

Despite the cancellation of the National Emergency Library, which sparked the controversy, the publishers nonetheless are continuing with the lawsuit. The publishing companies, which have a combined annual net revenue exceeding $10bn, have alleged in their complaint that they have lost “millions of dollars in licensing fees” and if IA were allowed the scale up, they could suffer significant market harm. Among the publishers are Harper Collins ($1.9bn) John Wiley and Sons ($5bn) and Penguin Random house ($4.8bn). 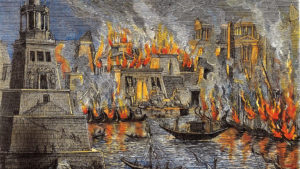